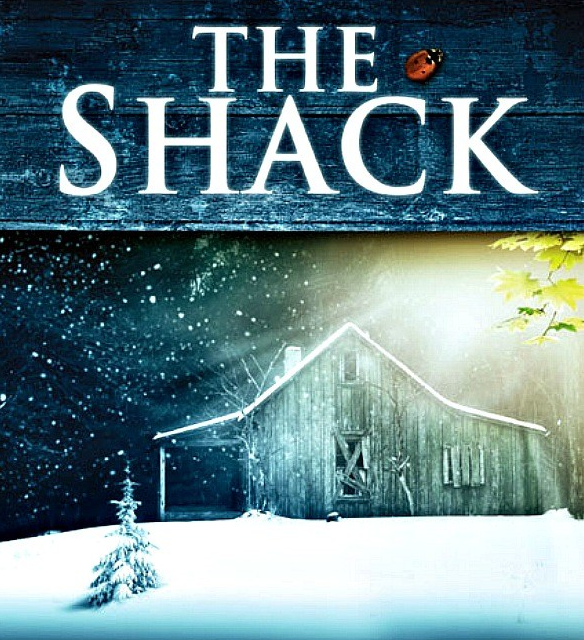 It feels like we all found a DeLorean time machine and traveled back in time ten years ago. In 2007, gas cost $3.38 per gallon, the first iPhone was released, and Nancy Pelosi was elected as the first female Speaker of the US Congress. But it doesn’t feel like 2007 because of any of those items. Rather, one other earth-shattering event that took place that year – at least earth-shattering for evangelical Christians – was the release of The Shack.

Still, what I find disturbing on some level is the amount of energy exerted by so many evangelical leaders in an effort to call out the heresy of The Shack and to protect others from the book and now the film. Take, for example, Tony Reinke’s recent article, Our Mother Who Art In Heaven?, posted over at the Desiring God blog.

This article in particular challenges The Shack’s notion that God, the Father, can be portrayed as a woman called Papa. [Thankfully, as far as I can tell, Reinke doesn’t have a problem with God, the Father, being portrayed with black skin.] These are the words of Papa, herself, as she converses with the main character, Mack:

“I am neither male nor female, even though both genders are derived from my nature. If I choose to appear to you as a man or woman, it’s because I love you. For me to appear to you as a woman and suggest you call me Papa is simply to mix metaphors, to help you keep from falling so easily back into your religious conditioning.”

The Shack presents the idea that God is neither male nor female and that God can reveal God in a variety of ways – including as an African-American woman. The author, William Young, is, in many ways, trying to deconstruct “religious” thinking. He’s done a good job, to say the least.

Reinke, himself, starts off well. He notes that:

a) God is spirit (John 4:24) and, then, quotes John Piper to explain what that means in regards to God’s gender: “From eternity God has not had a physical body and, therefore, he doesn’t have male features: facial hair, musculature, male genitals, no Y chromosome, no male hormones. Male is a biological word, and God is not a biological being.”

b) God has been revealed in Scripture using both feminine and masculine language.

As I said, this is a good start. Yet we know where this is going. Despite these important biblical and theological recognitions, Reinke follows up with reasons of why we should not pray to “our Mother who art in heaven.” For me, the meat of his article is centered in two points as to why he believes we should reject the femaleness of God (he actually gives three points):

1) The silence of masculinity in God’s titles.

2) The reality of the incarnation, mainly that Jesus is the Son.

What is argued up front is that feminine metaphors are occasionally used for God, but never feminine titles. Following a quote from one theologian, Reinke explains,

Then, in touching on the incarnation of Christ (God becoming human), Reinke states:

“The second compelling argument is Trinitarian. Of course, the incarnate Jesus marks the arrival of the “God-man” into human history. Unlike the eternal God (who is non-biological), Jesus enters earth in the incarnation and takes on biological maleness as the Son of God.”

With this background, there are two points I want to make myself.

A) The Setting of Scripture

We need to become familiar with the ancient near eastern setting to understand why certain terms are used to describe the Unfathomable and Incomprehensible God. In such an ancient setting, we would expect God to be identified by masculine titles, as well as primarily masculine metaphors.

Scripture was written within a predominantly patriarchal setting. That is how you mainly communicate in such a culture. Men were the main characters within the family, economic, political and religious constructs of the ancient near east. Men were the ones who wrote and compiled the sacred writings of Scripture. Such is life in the setting of patriarchy. To attribute to God feminine titles and a slew of feminine metaphors would not work as the ancients looked to make God known to real people in a real, historical, ancient setting.

Think about it this way: Being birthed within an ancient near eastern culture, the main titles and metaphors used – such as King, Judge, Warrior, Shepherd, Rock, Fortress, Shield, etc – are very ancient near eastern ways to help the ancient people of God understand who God is. And while we look to appropriate those terms and metaphors in our context today through our preaching of Scripture and songs of worship, they aren’t the predominant ideas coming out of our own setting. Rather, they are our utilization of, to the best of our ability, the ancient terminology today.

What would it mean for God to be revealed within 21st century America or 19th century Victorian England or 20th century Latin America? Very different from the ancient near eastern time of the Late Bronze Age, moving into the Iron Age, and beyond. Very different.

Therefore, it is my belief that this needs to be understood not only with the types of terms used (ruling language, shepherding language, agricultural language, etc) but also with the gender-oriented nature used for God. Simply stated, patriarchy bleeds masculinity. I’m not bashing the ancient setting. I’m simply recognizing what was actually there.

As Reinke touches on the incarnation of God in Christ, mainly that Jesus takes on biological maleness as the Son of God, the exact same would need to be recognized. Christ shows up as a male because of the entire cultural setting into which he enters, which, interestingly enough, connects to the even more ancient storyline of the Old Testament.

Can you imagine ancient Jews encountering a female Messiah? Pretty much impossible! It ain’t gonna work. God is aware of this practical reality.

Reinke recognizes the inherent non-maleness of God, but then goes on to conclude that God is ultimately confined by the cultural terminology of the ancient day into which God spoke and entered. Because of the titles used in the ancient context and the maleness of the Messiah revealed in the first century, this means we must steer completely clear of feminine titles and metaphors for God, especially that of mother.

But if God is inherently neither male or female, to which Reinke agrees, then perhaps we can utilize masculine and feminine language to describe the Indescribable One.

B) The Language of Scripture

This second point really connects to the first, but let me offer a little more. I liken the use of masculine titles and metaphors in a patriarchal period to the use of Hebrew language within the ancient context of the Hebrew people. While you occasionally find some Aramaic, as in the book of Daniel, the Hebrew Bible (Old Testament) is mainly a Hebrew text written by a Hebrew people. There’s no Greek or French or English because God is not communicating with Greek or French or English-speakers.

What does an ancient patriarchal society produce? Mainly masculine titles and metaphors.

What does an ancient Hebrew society produce? Mainly Hebrew language titles and and metaphors.

That’s how it works.

Scripture is not an abstract object that floated out of heaven. It is buried within its own contextual construct. I think that’s what makes it beautiful, what makes it truly incarnational itself.

This does not mean Scripture is not God-breathed. It notes what any theologian recognizes. It is to be considered within its own historical narrative, or as the theologically astute would term it: we are to use a grammatical-historical hermeneutic when it comes to interpreting the text. In God speaking “baby talk,” as John Calvin called it, he used the ways of their day to make himself known. Or as Scot McKnight states in his book, The Blue Parakeet:

Ultimately, I believe it is not outside the bounds of the Christian faith. God is not male, but we can refer to God as Father; God is not female, but we can refer to God as Mother. I personally utilize the term Father when praying the Lord’s prayer or reciting the Apostle’s Creed. It simply works that way for me. However, at times, I have thanked God in prayer for being my Mother – the tender, gentle, servant-hearted mother that is real in my own context. So, yes, it is right and good to refer to God as Mother.

As some of us head to the movie theater to catch The Shack, don’t let deep worry take over our hearts and minds as to whether it’s ok to view the film. It’s neither here nor there. The eternal One, who is neither male nor female, is not looking upon us with disdain because we spent $10 to watch the film, or purchase the book. Rather feel free to enjoy a bit of pop-Christian fiction, all the while considering that the One true God may, in certain settings, be best revealed as an African-American woman. 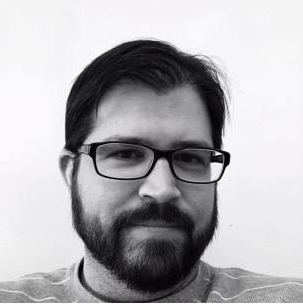 I was born and raised in Memphis, TN. The bluff city is my hometown. I encountered Christ through a life-altering, new birth conversion in January 1997.

I serve on staff at Visible Music College, a music and ministry college with campuses in Memphis, Chicago, Dallas, and Germany. I also spent eight and a half years involved with ministry work in Europe: In the UK from 2003-2006 as Professor of Old Testament for Trinity School of Ministry and in Belgium from 2008-2013 as pastor of Cornerstone International Church.

My wife, Catherine (Cat), is a beautiful English rose. She’s an artist-photographer at heart. We met in the UK during my 3-year stint there. We have 3 boys, aging from 7 to newborn.

My book, Change for the First Time, Again, was released in September 2016 under Wipf & Stock’s imprint, Resource Publications. For a limited time, grab it for only $10 by filling out the form at storyofchange.net/contact. 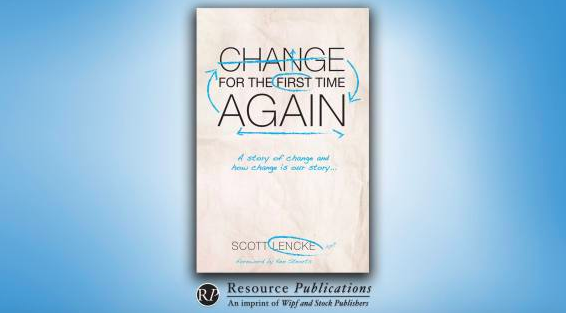