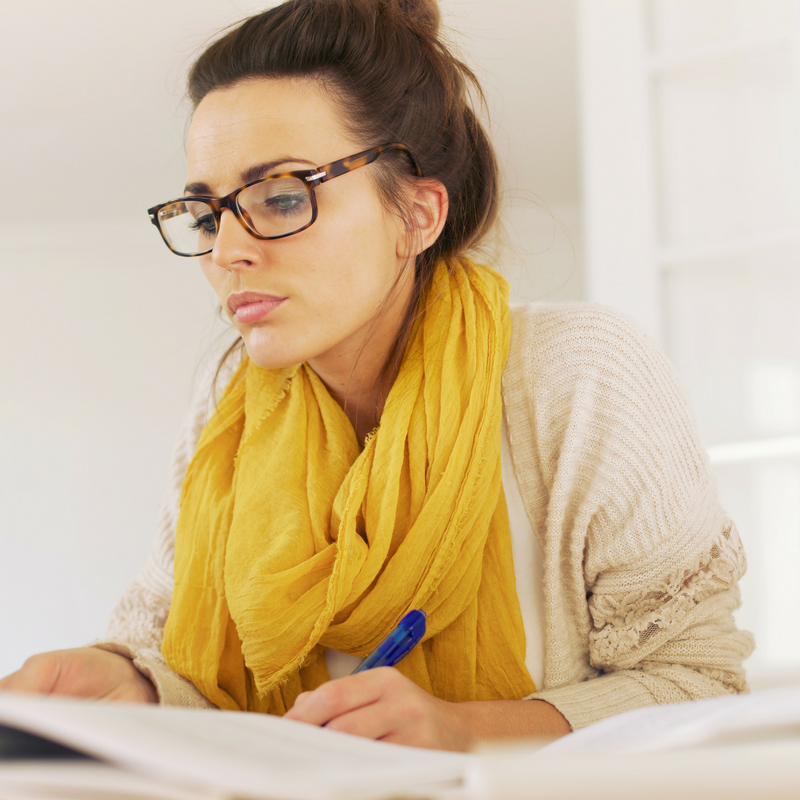 We first met, one January morning, during her office hours. Dr. Catherine Clark Kroeger’s eyes sparkled when our discussion turned to women in the Bible. She spoke of them fondly as if they were close friends—Miriam, Deborah, Abigail and a host of others from the Old and New Testaments. She spoke warmly though she didn’t waste time getting down to business: “They provide us with role models of personal piety, courage, commitment, and ingenuity.”

Snowflakes blew outside the wide windows behind her desk. I was struck by her passion for uncovering women’s daily lives, activities and personal experiences with Christ in the early church. I had no idea that Cathie—as she asked to be called—would influence my life perhaps more than anyone. Eagerly, I signed up for her course “Women in the Early Church.” I’d always wondered about women who seemed to occupy the margins of the Bible. Was it possible to glean enough information to actually know them as role models? Did they really display traits of courage, commitment, and ingenuity when so many portraits I’d received in church resembled Betty Crocker overseeing a potluck[1]?

I wanted to plumb depths beyond stereotypical womanhood; and Cathie pointed the way. She challenged me, and other students, to learn a variety of disciplines for studying the Bible—ancient near eastern context, Greek and Roman classical evidence, original languages, hermeneutics, church history, biblical theology, and more. Cathie explained: “Plain readings of modern Bible translations—that are far removed from original contexts—tend to color our modern understandings.” This happens, for example, when 1 Timothy 2:8-15 is used to universally bar women from ministry, leadership, and teaching. Patiently, she explained that Paul meant to address outrageous cultic practices creeping into the newly birthed church from the nearby Temple of Artemis. “In this context,” she added, “it is appropriate to silence loud, out of control, recently converted women who dominate men for selfish gain.” During one-on-one meetings, Cathie answered my numerous questions about other passages endorsing the ministry, leadership, and teaching of women including Lydia, Dorcas, Priscilla, Tryphena, Euodia, Synteche, and Junia.

Gaining tools for studying Scripture rescued me from caricatures of femininity; and it alleviated a boredom that I’d long felt because I didn’t know any other ways of reading the Bible. I discovered a passion for God’s word, seeing that we—male and female—are called to know truth and act upon it while embodying Jesus in life together. Cathie often said, “We are the people of the Book. Not only do we believe that the Bible is our only infallible rule for faith and practice; we also believe that the Scriptures themselves are tremendously powerful in reaching human hearts and consciences.” 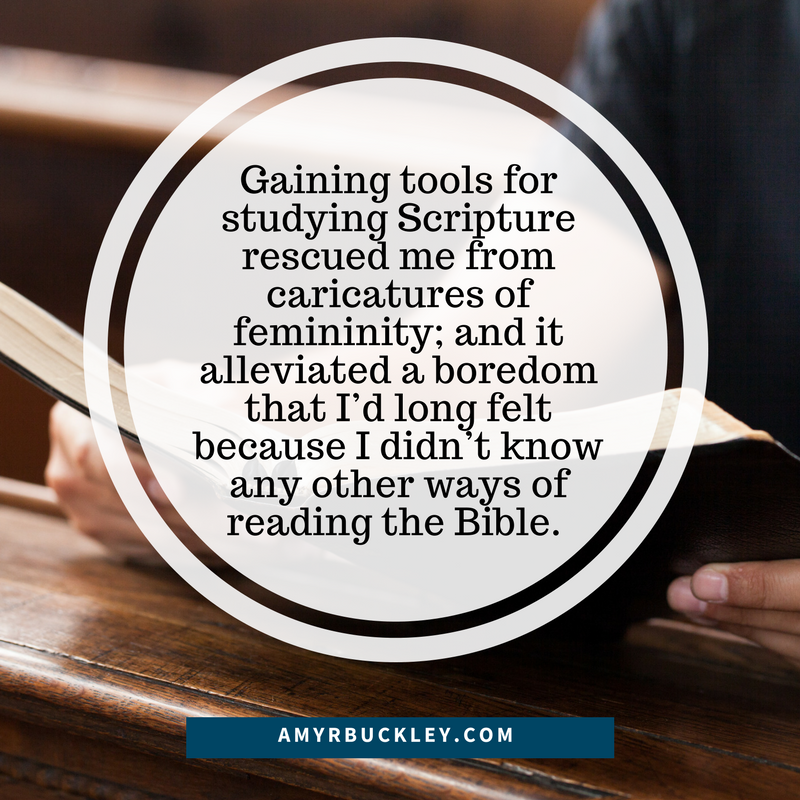 Working as Cathie’s teaching assistant, I began seeing more of her heart for suffering people. She had particular concerns for Christ’s body to minister to those suffering domestic violence: “The Scriptures are our weapon to hostility and complacency that we so often experience about domestic abuse and violence in our communities.” I yearned to act on God’s Word in ways that Cathie did.

For several years, I traveled to conferences with Cathie to promote Peace and Safety in the Christian Home, a non-profit organization that she had founded. Support ebbed and flowed as we spoke about the prevalence of domestic and sexual violence in Christian communities. Notably, Cathie treated everyone with winsomeness and respect. A couple once stopped to thank us, and she declared with twinkling eyes, “Oh, you are on the side of the angels!” When dealing with another less supportive soul, she listened, smiled and wished him well. Cathie once explained to me that it’s best to give others the benefit of the doubt: “Perhaps they are under the weather or having a bad day.” The clarity of her reasoning expressed through the vehicle of kindness broke through many barriers. Her attitudes challenged me to speak the truth in love.

Cathie once explained that it’s best to face fears rather than avoid them. She told me the story of pursuing a Master’s degree in her fifties and a Ph.D. in her sixties–so she could deal squarely with difficult passages such as 1 Timothy 2:8-15. Her leap of faith culminated in I Suffer Not A Woman (co-written with her husband Richard). She went on to found Christians for Biblical Equality (CBE). She made enormous contributions as an author, coeditor, and contributor to books, articles and academic papers. After knowing Cathie for five years, I realized she was among those whom Helen Kooiman Hosier[2] honored in her book 100 Christian Women Who Changed the 20th Century.

When facing fears, I think of Cathie’s courage; more than that, I think of the One she loved so much and served so well. Cathie never set out to be great. Rather, she looked for the waters the Spirit was stirring, and she dove in. Whether those waters involved teaching, writing books, speaking with dignitaries, opening her home to women and children, or folding newsletters, Cathie swam full force. And she encouraged countless others to swim with her. More than that, she urged them—she urged us—to swim with the One whose Presence we bear. She never gave up believing that the Father, Son, and Spirit promise to recreate our otherwise hopeless world. Knowing the waters are deep, she urged us to never give up.

Collating newsletters, one time, I noticed a tiny note next to a recipient’s name and address: “Love from Cathie.” Beside that she had drawn a heart[3]. One afternoon, walking beside Cape Cod Bay, I saw something smooth and lovely washed onto the shore. I brushed away sand to discover a stone perfectly shaped like a heart. I collected a number of heart-shaped stones that spring. Occasionally, I gave them to abused women Cathie and I met. The rest now occupy a bowl in my study. I have wondered, at times, how much those stones tossed through the Atlantic before washing onto the shore. I see them and think of Cathie. More than that, I think of the One whose Heart she reflected so well. I think of God’s vision for human hearts to become transformed from stone to recreated flesh. “I will give you a new heart and put a new spirit in you; I will remove from you your heart of stone and give you a heart of flesh.” (Ez 36:26)

Cathie was supposed to visit me the week after she passed away. Her loss came suddenly, as if loose ends ought to have been tied up. I’d wanted to hear about her latest book and discuss my next career steps. For a long time, I’ve sat with those loose ends wondering, What next? I’ve wondered the best ways of passing on what Cathie taught me.

After some soul searching, I’ve finally decided what to do! Drawing upon seven years of mentoring from Cathie, and what I’ve learned through pouring into others, I will launch a new website. Very soon you will find webinars, podcasts, and other exciting “goodies” (as Cathie always said)! 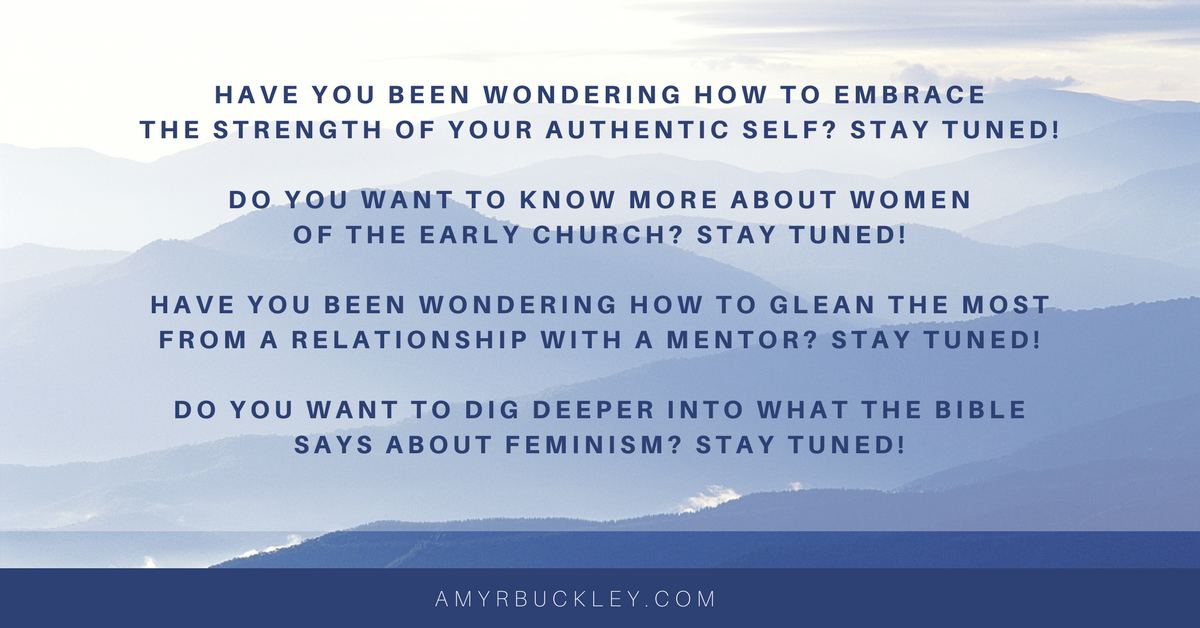 Is there something else you want to hear about? If so, email me at info@amyrbuckley.com.  I look forward to the next leg of the journey with you!

[1] I don’t mean to minimize the goodness of being domestic, only to question the limitations of the stereotype. I enjoy gardening and baking bread!

[2] Helen Kooiman Hosier happened to be my grandmother’s dear friend. I learned of her connection to Catherine Clark Kroeger decades after hearing her speak at my grandmother’s memorial (I was 12). Later when I interned with Peace and Safety in the Christian Home, the church my grandfather used to pastor (before passing away) happened to call Cathie for resources (I answered the phone).


[3] Amy Rasmussen Buckley, “A Woman After God’s Own Heart, the Legacy of Catherine Clark Kroeger,” in Strengthening Families and Ending Abuse, Churches and Their Leaders Look to the Future, ed. Nancy Nason-Clark et al. (Eugene: Wipf and Stock Publishers, 2103), 13.