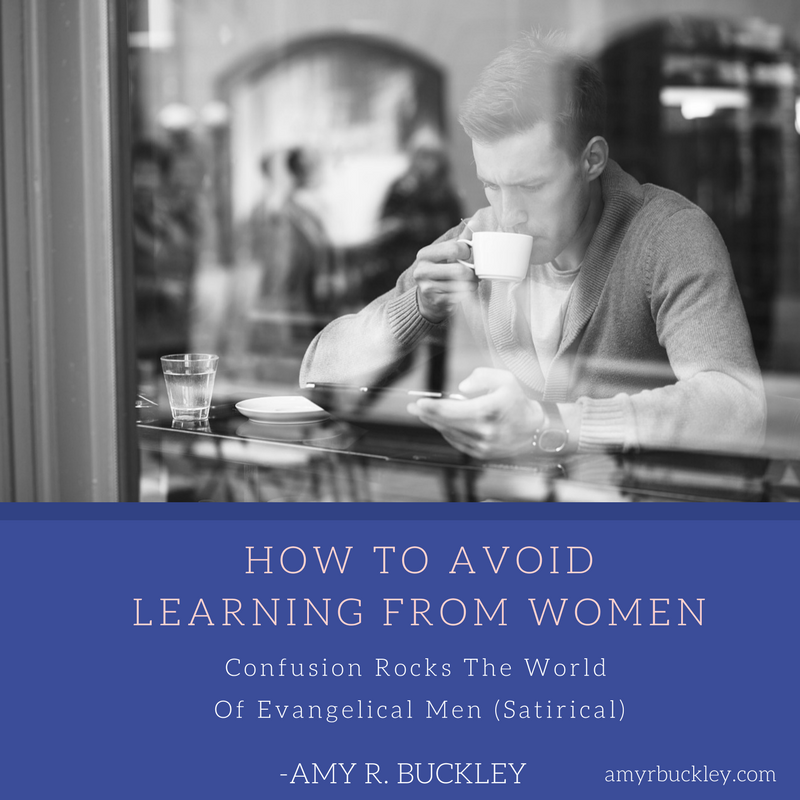 Part 2 of this satirical series explores the questions and confusions of evangelical men who are figuring out how to navigate gender-based roles. To read Part 1, go here . . .

A tidal wave of confusion is rocking the world of young evangelical men. Evidently, increasing numbers of men are questioning if gender-based roles aren’t as clear as some proclaim. Recent studies suggest that an onset of doubting occurs in males between the ages of 12 and 18. Social scientists suggest a possible link to the age of accountability observed by varying evangelical churches. “What this could mean,” one researcher explains, “is that a boy who reaches the age of ‘manhood,’ as determined by his community, is prone to confusions about what it means to exercise male leadership.”

Ralph, 12, sheds light on questions he faced after reaching the age of accountability. “After a baptism ceremony, the church threw me and my friends a reception. There were pink place settings for the girls and blue place settings for the boys. The pastor announced that the girls had become women and the boys had become men, and he commissioned us to practice our different roles.”

Ralph describes the confusions he suffered, in upcoming weeks, when finding out there is a big difference between stepping into manhood and having all the benefits of manhood. “I assumed that being a man meant that I wouldn’t have to take out the trash anymore when my mother asked. I also thought I could stay out as late as I wanted so long as my mother had set the curfew.”

When Ralph explained to his parents why he didn’t take out the trash or come home by 10 p.m. (as his mother had instructed), his parents rolled their eyes and grounded him for a week. In fact, Ralph experienced what social scientists call “the manhood matrix,” a profound crisis of identity when realizing that manhood doesn’t trump the wisdom and instructions of women including mothers, teachers, public officials, and other female authority figures.

Will, 17, reports a similar crisis. “All my life, I’ve heard that men are wired to be leaders of women. My youth pastor once explained to the guys that girls are irresistibly attracted to men who take charge. I’ve been trying to practice that in my dating relationships, and so far it’s not working. When asking a girl out, I explain as affectionately as possible that going to a hockey game is the best way to build a relationship.”

Like other young men caught in the “manhood matrix,” Will wonders why so many women are busy studying and washing their hair during hockey games.

“It’s confusing,” he laments, “what could be more loving than going to a game? Girls just don’t get the benefits of my leadership. I’m holding out for the one who sees that; I know she’ll be the one.”

Victor, a 23-year-old seminary student, has wrestled over what to do with female professors and colleagues. “Growing up in church,” he explains, “I learned to avoid the teaching of women. Honestly I didn’t think much about it; it’s just how things were. I assumed that women aren’t wired for leadership since none served on the pastoral team and elder board of my church. Also the pastor once explained the ancient near eastern evidence that the first woman force-fed the forbidden apple to the first man. Probably the banner hanging over the pulpit also sent a loud message:”

Like so many young men who go to seminary, Victor had no category for female scholars. It surprised him to learn that a woman professor taught a Greek exegesis course. Also indicative of the “manhood matrix,” he questioned if a woman should teach men how to interpret the Bible from Greek to modern English. Was it even biblical? It rocked his world to learn that the woman assigned to be his project partner, averaged a 97 percent in the class.

Honestly that impressed him. And a question started nibbling at his brain—If a woman earned a 97 percent in a Greek class, and a man earned a 79 percent, who would graduate with more authority? As an evangelical, Victor could not deny the centrality of the Bible for faith and practice—sola scriptura. And he knew that if he got trapped on a desert island with his interlinear Bible and no interpretive software, he would surely choose the help of the female colleague over that of the male colleague. It wasn’t that he came to believe the woman superior to the man.

He had a profound revelation—God’s word, not gender, determines authority. 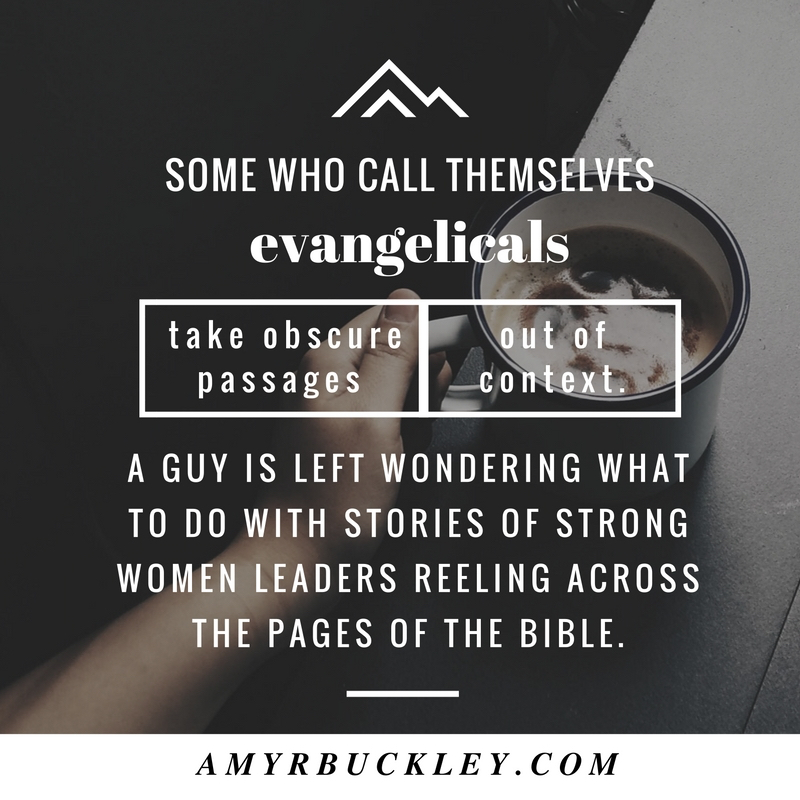 Social scientists will continue researching the reasons so many evangelical men suffer through the “manhood matrix.” Hopefully this will help men cope with the confusing ups and downs of stepping into manhood.

Will, still searching for a girlfriend, comments, “At times, I don’t know why God hasn’t brought one yet.”

“It’s not as confusing as it used to be,” Victor offers some hope. “I don’t worry anymore about women crossing lines and teaching men.”