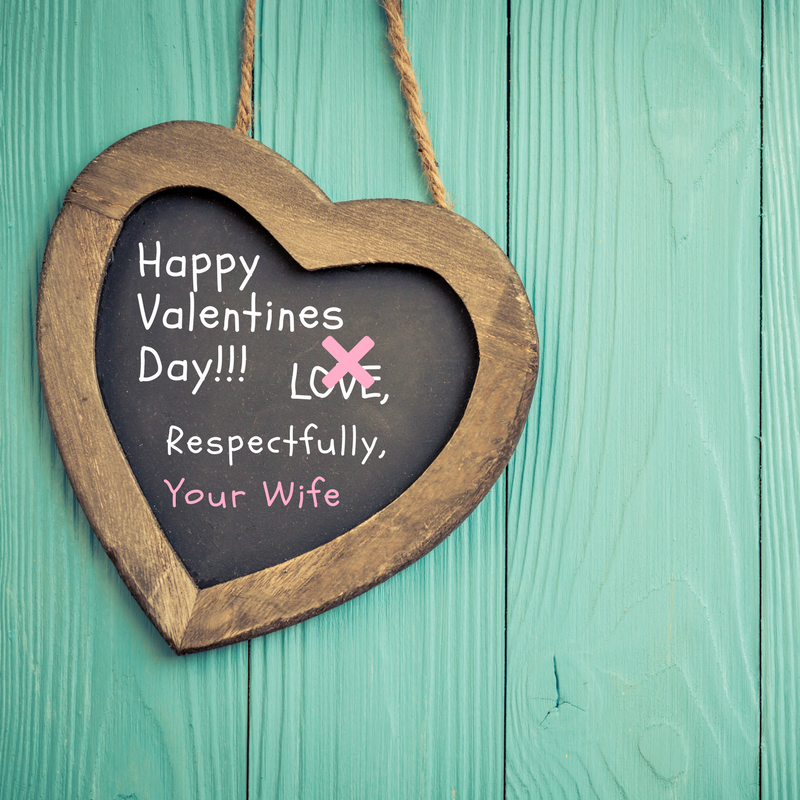 What’s really going on in Ephesians 5?

A pastor once preached that Valentine’s Day is a great time to practice gender roles. The words written by men and women on romantic cards have theological significance.

Although counter cultural, the pastor advised, a wife should pause before signing a card to her husband with the popular expression of love. Theologically it is better for her to sign his card: “Respectfully, _____.” (insert wife’s name)

He quoted Ephesians 5:33: “Nevertheless, each individual among you also is to love his own wife even as himself, and the wife must see to it that she respects her husband.” (NASB)

“Scripture,” he said, “clearly shows us that a wife’s role is to respect her husband. And the husband’s role is to love his wife. Not vice versa.”

He turned to earlier verses: “Wives, be subject to your own husbands, as to the Lord. For the husband is the head of the wife, as Christ also is the head of the church, He Himself being the Savior of the body. But as the church is subject to Christ, so also the wives ought to be to their husbands in everything. (Ephesians 5:22-24 NASB)

A husband’s role, according to that pastor, is to provide loving leadership to his wife. And a wife’s role is to submit respectfully to him in all things.

I’d heard similar versions of the argument over the years. And it disturbed me because other factors have bearing on how we interpret the marriage portion of Ephesians 5.

What seems plain in modern English is not plain in the earliest manuscripts. For one, the NASB adds a period to verse 21, and inserts a header before verse 22: Marriage Like Christ and the Church. 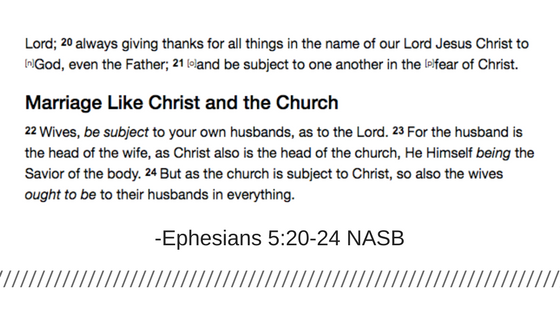 In connection to verse 21, verse 22 expands the big idea of men and women “submitting one to another” as they embody the Spirit in reverence to Jesus. A wife is to flesh this out—“submitting to one another”—in relationship with her husband. The instruction hinges on a participle (submitting) in verse 21, a word formed from a verb and used as an adjective. Nowhere does verse 22 contain an imperative verb “be subject to/submit” (hupotasso).

Changing the participle (submitting) to a verb (be subject to/submit) when it applies to a wife departs from original sources.

New Testament scholar Dr. Philip Payne explains, “In the original Greek of Ephesians 5, unlike our English translations, the word “submit” never occurs where ‘wife’ is its subject. Rather, the verb ‘submit’ is assumed from the prior clause of the same sentence in 5:21, ‘submitting one to another, wives to your husbands.’ This shows that wives are called to submit to their husbands in the context of mutual submission.”

Additional problems turn up when assuming that a husband—as head—has divine authority over a wife. Modern culture leads us to assume this is the same as the head of a company, school, church, etc. And a popular definition of respect reinforces a hierarchal power structure: “deference to a right, privilege, privileged position, or someone or something considered to have certain rights or privileges; proper acceptance or courtesy; acknowledgment.”

“There are many ways that we can gain a knowledge of conceptions entertained by the ancients. This is particularly important when we approach a subject as emotionally charged as the way we should understand the term ‘head’—both within and outside of the writings of the New Testament. We can inform ourselves by viewing vase and wall paintings, statuary, mosaics, coins, classical texts, the writings of the church fathers, inscriptions—even ancient lexicons. Thus it is that we may compare what we see with what we read in the ancient written sources[1].”

In her article Toward an Understanding of Ancient Conceptions of “Head,” Kroeger presents evidence that the ancients understood head (kephalē) as a source of generation and growth. For example, a Roman fresco depicts a seated sphinx with a fountain emerging from his head. She cites other important evidence:

Numerous well-respected evangelical scholars find evidence for Christ—as Head of the church—to be the Source of life (stay tuned for future posts).

We have barely scratched the surface of what is going on in Ephesians 5. And, I have some great news—Dr. Philip Payne has generously offered The Ezer Group a free copy of his book chapter What About Headship? From Hierarchy to Equality, appearing in Mutual by Design: A Better Model of Christian Marriage (Edited by Elizabeth Beyer, CBE International 2017). Go here for your free download of What About Headship? From Hierarchy to Equality. Also, very soon, I’ll post a podcast interview with Dr. Payne.

As we sign our Valentine’s Day cards, let’s remember the portrait of Jesus as head of his body in Ephesians 4:15-16:

“Instead, speaking the truth in love, we will grow to become in every respect the mature body of him who is the head, that is, Christ. From him the whole body, joined and held together by every supporting ligament, grows and builds itself up in love, as each part does its work.” (Ephesians 4:15-16 NIV) 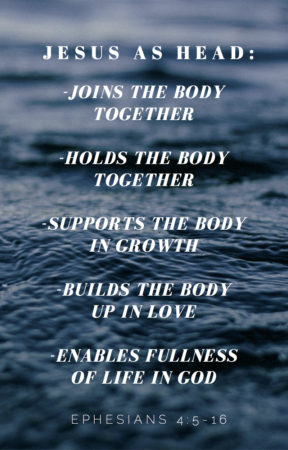 Respect and love matter in marriage. Scripture explains the importance of both as God’s people are submitting to one another in reverence to Jesus. Happy Valentine’s Day!

[1] Toward an Understanding of Ancient Conceptions of “Head,” Catherine Clark Kroeger (Priscilla Papers, Vol. 20, No. 3, Summer 2006).