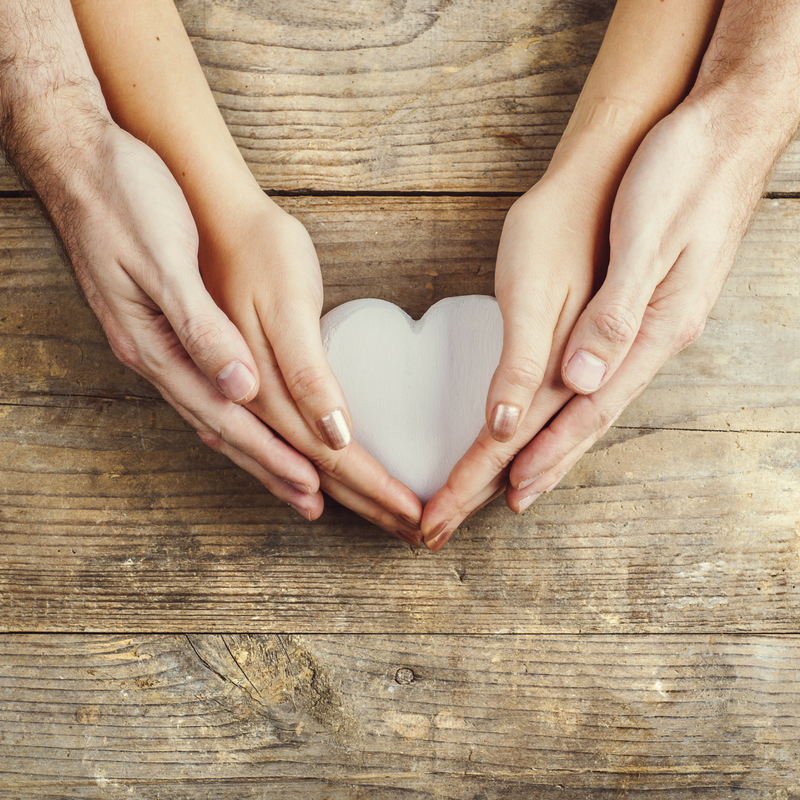 At some point, on creation day six, God made an incomplete human. It’s odd, really, the way it came together. God created the man in the same breath as explaining the purpose of his relationship with his [soon-to-be] counterpart:

Until then, God’s words had achieved spectacular design—infinite space, heavenly bodies, the earth, vegetation, land, sea, and animal life. Prior to gathering some dust, and breathing the first human to life, God envisioned a fuller composition. One would culminate in two according to a meticulous blueprint and process:

“When God created human beings he made them to be like himself. He created them male and female, and he blessed them and called them ‘human.’” (Gen. 5:1b-2, NLT)

God called the man and woman human—or adam—meaning Mr. and Mrs. Humankind. Knowing this, it’s not so bizarre that God shaped the woman from a bone in the man’s body. Reading on, it makes sense that God brought her to life after a profound object lesson.

The man stands, runs, leaps. God ushers him on a tour of the world he will till and keep: “See the heavens, sun, stars, moon, sky, clouds. It’s all good. That’s water. Those are fish, insects, birds, flowers, bushes, ferns. Yes, good. There’s an animal. Another animal. Those are trees. All good. Just don’t eat that one or death will swallow you.[3]”

Watching the man explore the world, we expect to hear God marvel: “It is good.” But strange words spill across the page: “It is not good that the man is alone. I will make a helper corresponding to him[4].”

In a bizarre turn, God lines up animals before making the woman: “Study them. Know them. Give them names.[5]”

How long did the man wrack his brains over what to call them as animals paraded by? What ran through his brain as they sputtered phlegm, chewed grass, and rolled in dung? Did he compare his smooth skin to their horns, fur, and feathers? Did he realize he didn’t have a tail? How many did he name before realizing it would take an extraordinary amount of time and work? Did he wish for some input?


Outnumbered by creatures so unlike himself, did loneliness not creep over him?  Did he yearn for someone who looked, reasoned, and felt like him? Did he wish for someone to speak, work, eat, play, and rest with him? Did he not ache to share life with someone like him? (Gen. 2:20)

In the words of theologian Gilbert Bilizekian, “The full expression of humanity necessitated the creation of woman … as the indispensable counterpart to man in God’s perfect creation[6].” The man couldn’t reflect the multipersonality of God—Creator, Word, Spirit—alone[7].

So far, God’s words and sculpting abilities have formed half a community. It makes sense that God sends the man to dreamland, and shapes a she from a bone of his chest. “At last!” The man recognizes what God has been up to when he wakes. “This one is bone from my bone, and flesh from my flesh!  She will be called ‘woman,’  because she was taken from ‘man[8].’”

God leaves no room for ambiguity about their mutual human purposes: “Be fruitful and multiply, and fill the earth and subdue it; and have dominion over the fish of the sea and over the birds of the air and over every living thing that moves upon the earth.” (Gen. 1:28, NRSV)

We don’t know how long the man and woman enjoyed overseeing God’s garden before it all fell apart. Scripture turns to the confusion and conflicts stirred up by the serpent. Many debate who slipped up first and why. I question if it matters when the woman and man—deceived or not—gambled the future, and their very lives, for a bite. We miss the point of the story when weighing who is most to blame. Both fell when trying to be as smart and powerful as God.

I imagine the couple hiding in the trees, gripping wilted plants over their genitalia.

“I heard the sound of you in the garden,” the man answered, “and I was afraid, because I was naked; and I hid myself[10].”

“Who told you that you were naked?” God asked. “Have you eaten from the tree of which I commanded you not to eat[11]?”

“The woman whom you gave to be with me, she gave me fruit from the tree, and I ate,” the man dodges responsibility[12].

“The serpent tricked me, and I ate,” the woman sidesteps culpability[13].

Neither the man nor the woman takes responsibility.

God only explains the consequences to the couple after assuring their redemption. The man will wrestle the earth to survive, but hope isn’t lost. The woman will suffer the birth of children, and man dominating humanity, but it’s not the end of the story.

“I will put enmity between you and the woman, and between your offspring and hers; he will strike your head, and you will strike his heel.” (Gen. 3:15, NRSV)

God promises the woman’s descendant will conquer Satan. Her seed—Messiah—will overpower sin and death. To God’s Enemy, she has become a dangerous woman. And those bearing the seeds of Jesus’ presence, and purposes are, in the words of Walter Brueggemann, dangerous people. May the power of Christ in you and me overcome evil with good.

“The kingdom of the world has become the kingdom of our Lord and of his Messiah, and he will reign forever and ever.” (Rev. 11:15 NRSV)