Editor’s Note: I love to joke around. Mostly it keeps me sane. I turn to humor because, much of the time, life is too painful. I’d rather joke than fall apart. But lately, my humor has dwindled. I can’t joke when everywhere I turn, I see reminders of abuses and devastation that so many women and girls have suffered. And so many of our society—including evangelicals—turn deaf ears and blind eyes.

I will never joke about what happened when I was five. And 32. There is nothing funny about a friend of mine suffering a divorce after horrific emotional, physical and sexual abuse by her husband. It is no joke that 1 in 3 women globally experience physical and/or sexual violence.

The Holy Spirit continues spotlighting fallen, broken attitudes and beliefs that perpetrate abuses and violent crimes suffered by so many women and girls. Today Tina Osterhouse challenges us to raise a standard and sound an alarm. Of the news that Donald Trump has admitted to sexually assaulting women, she writes, “Our children will read about this scandal in history books. They will know how women raised the alarm, saying, “No. not anymore. We have daughters. We have little girls. No. No. No.”

May we as Christians denounce sinful attitudes and beliefs harming so many women and girls. May evangelical men step up, speak out, and hold other men accountable.

Jesus himself would do nothing less.

We Will Not Be Silent

Things are imploding in our country. I’m proud of all the women who have raised their heads and their voices and said… “No. Not on my watch.” We’ve had it. Everywhere I turn women are raising the alarm, across every class, race, religion — they are saying, “We are tired of being treated like sex objects. You don’t get to just come and take it. Even if you’re famous.”

There is something radical and exciting about this, women.

The thing that I think bothers us so much about Trump’s “locker room” talk is that we recognize it all the way down to our toes. It’s happened to us. Maybe it even happened in a locker room.

Two boys dragged me into a boys’ locker room in 8th grade. For a prank, they “pantsed” me, and laughed. A couple nice boys helped me out of there before anything else happened. Several months later, some [supposed] friends gang assaulted one of my friends in a closet at a party. They weren’t friends after that, and I walked around for years looking over my shoulder.

Two of my girlfriends told me to report it; so I did, and the sh*t hit the fan. The vice principal called my dad who was riding a horse at the time. He dismounted and drove to my school with spurs still on his boots. Dust everywhere, he marched into the office, wanting the full measure of discipline to fall on those boys.

The school suspended them. One of the fathers told my parents he thought I’d played along, as if I’d asked for it. The other father called and humbly apologized. One of the boys glared and started rumors about me for a couple years. The other boy cried an apology; he was so sorry. We remained distant though a modicum of trust had been restored. 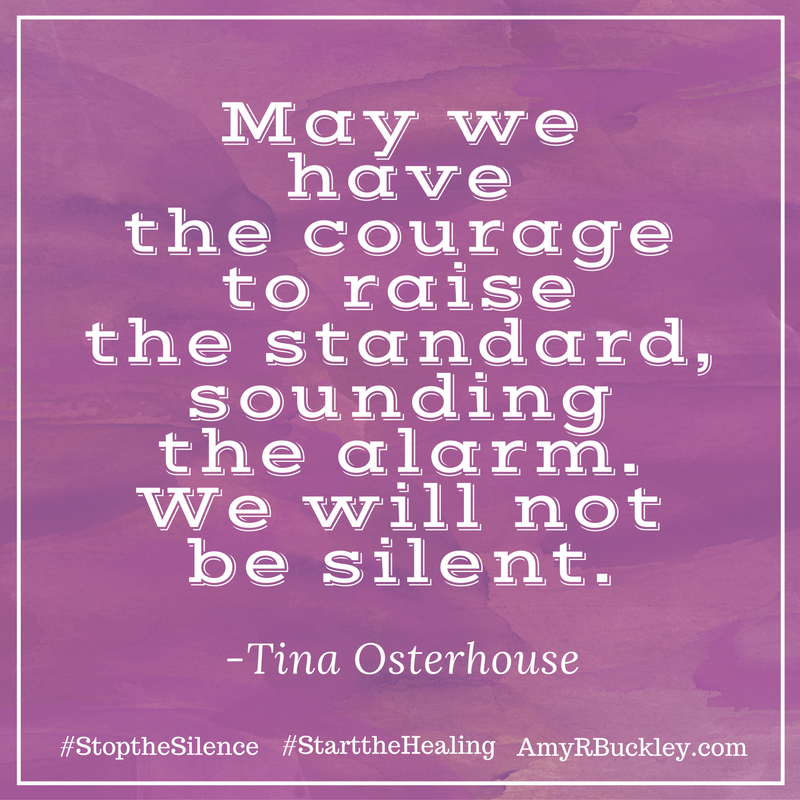 This kind of thing has happened so many times. I’ve been in the wrong place at the wrong time. I’ve been assaulted and manhandled; bullied, persuaded and manipulated. My story is not unique.

I know this—When the news referred to a “locker room,” I remembered. And I shivered. And my stomach turned over. I could feel those hands wrap around me, grab me, and drag me into the locker room.

Most women I know can give account after account of it. We aren’t about to say: “It was okay. He didn’t mean it.”

In secret places, when no one was watching, we were bullied and pushed around or manipulated into doing things we didn’t want to do. And we’ll be damned if we tolerate, excuse, or remain silent over that kind of talk anymore.

Where to now? How do we move forward? By telling the truth. By being honest. By holding people to a standard.

In the Bible Isaiah says: “When the enemy comes in like a flood, The Lord will raise up a standard against him.”

This moment in our history won’t be forgotten. It’s a watershed moment. Our children will read about this scandal in history books. They will know how women raised the alarm, saying, “No. not anymore. We have daughters. We have little girls. No. No. No.”

Yes, people worry about Hillary Clinton. I’m aware of her imperfections. Politics are never easy. Maybe through all this, the standard will be raised on every level. The world needs to see we aren’t asleep.

The leaders we elect need to remember this moment: You don’t get to use your power to take what you want. You answer to the power of the people, and we are speaking. Sometimes, we wait too long. Sometimes we get annoyed and cynical and let things slide that shouldn’t slide. Not this time.

May we have the courage to continue raising up a standard, sounding the alarm. We will not be silent. 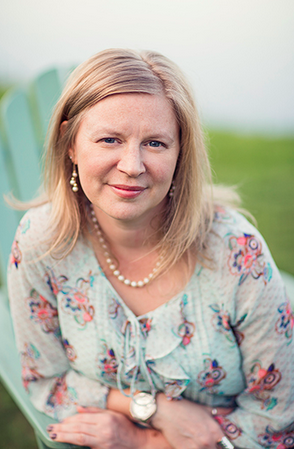 Tina Osterhouse is passionate about living deeply and authentically. Through fiction, blog posts, and creative essays, she writes about ordinary life and the way God meets us in our everyday circumstances and creatively weaves the sacred into them. She studied ministry and theology at Northwest University, most recently lived on thirty acres in Southern Chile, and finally returned to the Seattle area in June of 2015. Tina blogs at www.tinaosterhouse.com. Find her on Twitter @TinaOsterhouse. Connect with her on Facebook.